By Alexander Ross Charchar Jan Tschichold left an impression upon the world of graphic design and typography that few could compete against.

Information from Wikipedia, made available under the Creative Commons Attribution-ShareAlike License Getty record Introduction German avant-garde typographer developed an early interest in calligraphy through his father, who was a sign painter and designer. He studied at the Leipzig Academy of Book Design from to under Hermann Delitsch, and subsequently went to work in the design department of Insel Verlag.

Exposure to Russian constructivism and the Bauhaus formed his early typographic style and theories. In he published his first treatise, "Elementare Typographie," in which he examined the typographic work of El Lissitzky. Tschichold defined the elements of asymmetrical typography, and advocated for the use of sans-serif typefaces.

Want design tips, tools, and news sent to your inbox?

In he published "Die Neue Typographie, " further refining his theories. In he was expelled from Germany under the Nazis for creating "un-German" typography. He relocated to Switzerland where he continued to design and teach.

In his third book, "Typographische Gestaltung," he turns away from "the new typography" as he comes to associate its rigid style with totalitarianism in general. At this point his work begins to resemble the classical and symmetric style that he had criticized in his youth. 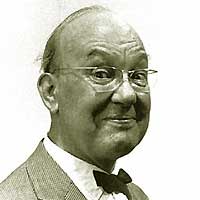 He remained in Switzerland for the rest of his life, except for three years in London where he redesigned the Penguin paperback line.ヤン・チヒョルトJan Tschichold： 年4月2日、ライプツィヒでヨハネス・チヒョルト生まれる。ライプツィヒ美術書籍工芸アカデミー、ドレスデン美術工芸学校、および特待生としてヴァルター・ティーマンに学ぶ。 21～23年.

Jan Tschichold was the one to explain the early 19th century's movement for clarity/purity of form and type (as practiced at the Bauhaus) to a wider audience of printers, typesetters and designers (who previously were entangled in the imitation of traditional styles of the past).

Richard Hollis: the brilliance of typographer Jan Tschichold | Art and design | The Guardian